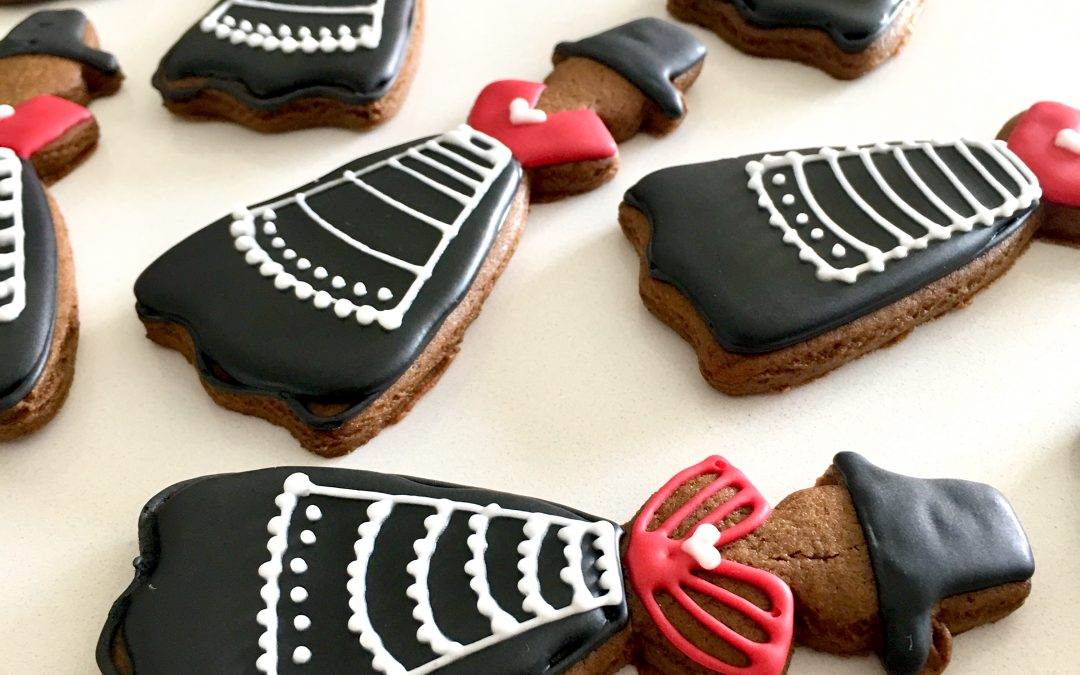 Our Gingerbread collection of Welsh icons and landmarks just didn’t seem complete without a Welsh Lady biscuit. And so we did a little research to look at the costume details and to understand the history of the iconic Welsh Lady before we embarked on a delicate Gingerbread version that has been described as “too pretty to eat!”

It appears to be that the costume existed for more than 100 years, from late 1700’s through to the early 1900’s.  The costume was originally, and most predominantly worn by the wives and daughters of wealthy farmers, wearing the costume to either go to market to sell their produce or for special occasions and even royal events, as shown the image (Welsh Fashions Taken on a Market Day in Wales (R. Griffiths, 1851). The costume eventually became associated with success, and was adopted as a ‘National Costume’, especially after the Welsh Ladies’ Choir, dressed in Welsh costume, won a prize at the Chicago World Fair Eisteddfod World’s Columbian Exposition in 1893. The choir went on to sing for Queen Victoria and performed at concerts throughout Britain wearing the costume.]

The costume was subsequently, and proudly worn by girls as a celebration on St David’s Day (on March 1st) before the First World War, and is nowadays commonly recognised as the Welsh national dress.

The Welsh hat is a key and distinctive part of the costume with a broad, stiff, flat brim and a tall crown. There were two main shapes of crown: those with drum shaped crowns were worn in north-west Wales and those with slightly tapering crowns were found in the rest of Wales. They were probably originally made of felt (known as beaver, but not necessarily made of beaver fur), but most surviving examples are of silk plush (also sometimes known as beaver) on a stiffened buckram base. A third type of hat, known as the cockle hat, was worn in the Swansea area.

There are a few surviving original Welsh costumes in museums and private collections. Most of them are stored in the St Fagans National History Museum near Cardiff and the Ceredigion Museum in Aberystwyth.

Our Welsh Lady Gingerbread biscuits are approximately 11cm tall, with detailed aprons and pretty red shawls. Available all year round .

There are reputable places to purchase modern day Welsh Lady costumes, including some of the following retail outlets…